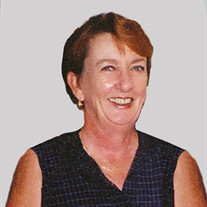 Barbara F Jones of West Palm Beach, Florida and formerly of Southampton, New York died suddenly on July 10th at the age of 73. Born on November 23, 1946 she was the 6th of 8 children and is survived by 3 sisters Patricia Mott of West Palm Beach, Florida, Joan O’Donoghue of Southampton, New York, Evelyn Gregory of Cornelius, North Carolina, and 8 nephews and 6 nieces including Charles Brents, Rich Brents, Nancy Malone, Lex Mallon, Patti Courville, Jude Mallon, Valerie Kuehn, Eileen Foley, Michael Foley, Steven Foley, John Trocchio, Paul Trocchio , Wayne Gregory, and Erin Marchbanks. Barbara is predeceased by husbands Hilton Winters, Kenneth Jones; sisters Veronica Brents, Ellen Trocchio, Jeanette Pryor; brother Daniel Foley, parents John and Anne Foley, and niece Linda Bakalo of West Islip. In her earlier years Barbara was a Legal Secretary for a prominent lawyer in Southampton, NY followed by a real estate stint in Tampa, Florida before becoming sole proprietor of The Tropical Inn, a wine & beer establishment in Lantana, Florida where she also lived for over 30 years. While she enjoyed playing golf and watching sports she was a well-known for her philanthropy in her community and her love of pets, which she always adopted through the ASPCA. Although rarely asked for help for herself she was always first to help those in need, especially by initiating fundraisers for donations and enlisting help from others for others. Noted on her list of civic contributions through her establishment she would offer free turkey dinners for patrons with no family on the Thanksgiving holiday, which sometimes landed on her birthday. She was active in the Florida Fraternal Order of Eagles, American Legion, and especially the VFW. A memorial service will be held in the future and donations for the ASPCA and VFW Post #5335 in her name would be appreciated. To ensure the health and safety of our community, we are following all guidelines set by local, state and CDC officials. If you are planning on attending a service, please contact the family in advance, so that they can plan accordingly.

Barbara F Jones of West Palm Beach, Florida and formerly of Southampton, New York died suddenly on July 10th at the age of 73. Born on November 23, 1946 she was the 6th of 8 children and is survived by 3 sisters Patricia Mott of West Palm Beach,... View Obituary & Service Information

The family of Barbara A Jones created this Life Tributes page to make it easy to share your memories.

Send flowers to the Jones family.