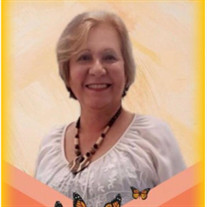 Barua, Olive Francisca known as “Aletha” transition to be with the lord on August 14, 2020. She celebrated her 75th birthday. Olive was born on January 29, 1945 to Audrie Petrie and the late Victor Chin. Her first 18 years she grew up in the North West and moved to Soesdyke, where she got married to Basdeo Persaud and raised a family. She migrated with her family to New York, USA in 1982. Then moved to New Jersey in 1996. After retiring Olive moved to West Palm Beach in 2012 where she became an Elderly Caregiver Specialist. Olive is survived by her daughters Jennifer Persaud Parris, Carol Rajaram. Sons Basil Carl Persaud, Michael Anthony Persaud and Richard Andrew Brewster. Mother in law to Terry Rajaram, David Parris, Nelda Persaud, Diana Victoria, Lavetta Brewster and Marie Sylvie Lalonde . Grandmother to Randy, Nicole and Christine Rajaram, Gabrielle Persaud, Davika, Jonathan and Justin Parris, Mathew, Christina and Abigail Persaud. Granddaughter -in-law Cassandra Rajaram. She has a sense of humor unlike no other. She was kind hearted, loving, caring and had empathy towards everyone. She was a loving daughter, wife, mother, grandmother, sister, Aunt, niece, cousin and friend. Olive will be dearly missed by all, and her memory will live on in our hearts. May her soul rest in peace and she enjoys eternal rest through Christ our Lord. Amen

The family of Olive Francisca Barua created this Life Tributes page to make it easy to share your memories.

Barua, Olive Francisca known as “Aletha” transition to be with...

Send flowers to the Barua family.