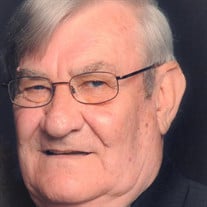 Russell William Patt Jr., after an extended hospitalization, passed away peacefully at Memorial Hospital West-Pembroke Pines, Florida on Tuesday, April 27, 2021 to be with his Lord and Savior, during his seventy-sixth year of life. He is survived by his beloved family; his loving wife, Son T. Patt (wife of 48 years), his three adoring daughters Wendy Patt-Weeks (son-in-law Christopher, and grand-daughters Delaney and Berkeley), Patricia Patt-Presutti (son-in-law Tony, and grand-children Helena and Jake), Priscilla Patt-Owens (son-in-law Kaine), his two much cherished sisters Bobbi Scheidel (of Sparta, Michigan) and Gail Reed (of Branch, Michigan), and his many wonderful nieces and nephews. Russell (more often referred to as Pat, by family and friends) was born in Grand Rapids, Michigan to father, Russell W. Patt Sr. and mother, Bernardine Sadlowski-Patt. He was the youngest child of three siblings; joining his two doting older sisters. Pat graduated from Catholic Central High School to then decide to serve and honor his country by enlisting in the United States Army. He served multiple tours, which gave him the joy of living abroad internationally in countries such as Germany, Korea, and Vietnam; the last being where he met and fell in love with his wife. Upon returning stateside and finishing his final days of his military career, he retired from the Army to focus on family life and to later relocate to South Florida. In Florida, Pat pursued a path to higher education (all the while working full-time) to earn a Bachelor of Computer Science from Florida International University. He had a diverse and accomplished career, which included operating a United States Army tank, working as an engineer for a local Florida television station, and designing software for an electronic chess game along with other gaming software, in addition to many other career steps taken along the way. Just prior to retiring, the culmination of his distinctive career was to work on programming the flight software for the Boeing 787, in addition to being on an elite team of engineers that created the control software for the Airbus A380 jumbo jet. After a successful and fulfilling career, he retired to spend the remainder of his years focusing on leisurely pursuits; creative writing, electronic gaming, fishing, spending time with his loving family, and long weekends with his wife at their lake house (affectionately known as The Cabin) in Sebring, Florida. Though he had traveled internationally and visited a few stateside locations, he expressed his wish to see more of the United States. So his devoted wife arranged for this and more. Together, they traveled to see the lights and excitement of Las Vegas and stand upon the engineering wonder of Hoover Dam, to see the painted majesty of the Grand Canyon, to hear the thunderous rumble of Niagara Falls, to see the timeless beauty of the Biltmore Estate in North Carolina, to Washington D.C to see the awe inspiring historical monuments and museums, and make the solemn visit to the Vietnam Veterans Memorial, so to pay homage to personal friends, fellow soldiers that fought beside him, and all the brothers-in-arms that made the ultimate sacrifice for both the United States and South Vietnam. Pat was a wonderful son, brother, brother-in-law, uncle, husband, father, father-in-law, grand-father, and friend to all. He led an exceptional life, and will be tremendously missed.

Russell William Patt Jr., after an extended hospitalization, passed away peacefully at Memorial Hospital West-Pembroke Pines, Florida on Tuesday, April 27, 2021 to be with his Lord and Savior, during his seventy-sixth year of life. He is survived... View Obituary & Service Information

The family of Russell William Patt Jr. created this Life Tributes page to make it easy to share your memories.

Send flowers to the Patt family.